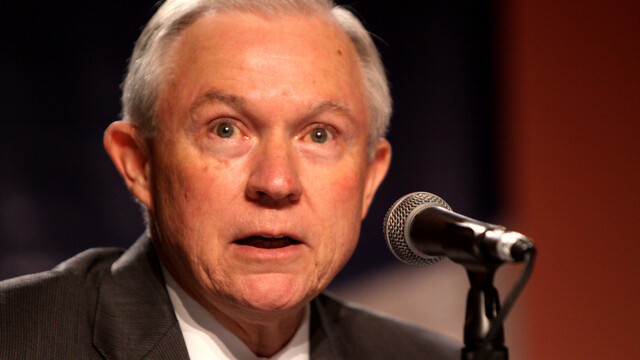 The findings provided in the letter, if factually true and accurate, would indeed violate the Cole Memorandum’s eight enforcement priorities, thus providing DOJ officials with an incentive to crack down on Washington’s recreational and medical marijuana industry. However, as Governor Inslee and AG Ferguson noted in an August 15th letter to Attorney General Sessions, the AG cites outdated, incorrect, or out-of-context data to come to every single one of the “concerning findings” noted in his letter.

The letter begins by stating that the Washington medical marijuana market is “‘grey’ due to the lack of regulation and oversight,” which has [according to Sessions] “unintentionally led to the growth of black market enterprises.” The letter also states that the “recreationally licensed marijuana market” is “incompletely regulated,” as a result of the “failure to utilize and/or maintain traceability of marijuana products.” First, Washington revamped its medical marijuana program in July 2016, which included more stringent regulatory requirements. Washington is also in the process of implementing a new seed-to-sale tracking system for both the medical and recreational marijuana program, and this system will be in place no later than October 31, 2017, according to the Washington State Liquor and Cannabis Board.

The letter then goes on to state: “Since legalization in 2012, Washington State marijuana has been found to have been destined for 43 different states.” This statistic is unclear, as it is not apparent whether the sources of marijuana were legal or illegal, and according to Washington state officials, the data was collected from a time period that began several years before recreational marijuana sales commenced in the state.This is yet another dead end for Sessions, as it is not really clear what he is claiming about diversion to other states.

The letter then addresses the issue of marijuana and minors, beginning with a claim that “90% of public safety violations for recreational marijuana licensees involved minors,” including “sales to minors and employment of minors.” However, the letter only glosses over the fact that this data is from the first year of Washington’s recreational marijuana laws, so they didn’t even have current data to support this finding. The letter then states, according to the most “recent data in the report,” “one in five 10th grade students report[ed] riding with a driver who had used marijuana—9% reported driving within three hours of consumption.”

The letter then cites another finding from the report, which is based on data from the first year of the recreational marijuana program: “49% of young adult drivers who used marijuana in the past month had driven a car within three hours after using marijuana.” It goes on to state that “64% of marijuana DUIs in Spokane Valley involved youth.”

Ironically, Sessions concludes by stating he wants to continue the “dialogue on this important issue,” specifically regarding the state’s plan to address the above findings so that Washington’s recreational marijuana program is able to combat diversion of marijuana, protect public health and safety, and prevent marijuana use among minors. While this might seem frightening to those in the industry, it really shows how far the AG has come in terms of “cracking down” on marijuana. With phrases like “engaging” in “dialogue,” and “I look forward to working with you on these issues,” it seems like the industry should start to feel less fearful of a Sessions-sponsored crackdown. Just a few years ago, he was claiming that only bad people smoked marijuana.

Stay tuned as we continue to follow the Trump administration’s directions with respect to the recreational and medical marijuana industry here at Green Light Law Group!