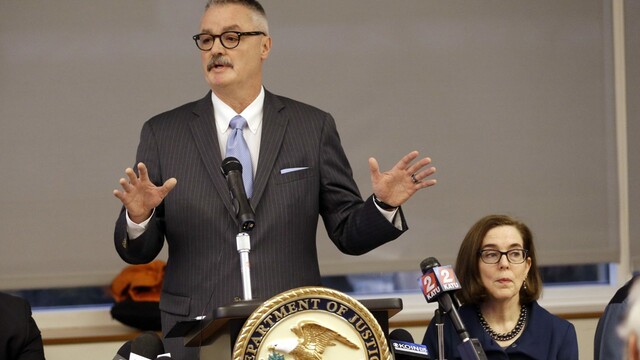 Earlier this week, the United States Education Department, under the leadership of Betsy DeVos, Trump’s appointee to the head of that department, confirmed that it will no longer investigate complaints from transgender students who are barred from using school bathrooms that conform to their gender identity. The new non-enforcement policy represents a clear shift away from the federal policy under the Obama administration, who believed that barring students from using such bathrooms violates the civil rights of transgender students under Title IX.

As you should all know by now, in January the United States Department of Justice, under the leadership of Attorney General Jeff Sessions, Trump’s appointee to the head of that department, through the rescission of the Cole Memorandum and certain other marijuana-related federal policy memoranda, signaled that the United States Department of Justice may begin to investigate and prosecute state-licensed marijuana business under the Federal Controlled Substances Act. This too, is a shift away from the Obama-era policies under which the Cole Memorandum was originally drafted.

I describe these two policy shifts as a way to begin to illustrate how seemingly small shifts in federal executive policies can have a lasting impact on the lives of Americans and the businesses and institutions that drive our nation, including the burgeoning cannabis industry. When Jeff Sessions rescinded the Cole Memorandum, he handed prosecutorial discretion back to the individual United States Attorneys for the states in which marijuana has been legalized in some form. Here in Oregon, the United States Attorney is Billy Williams; and on February 2, 2018, he, the top federal prosecutor in Oregon, held an unprecedented “summit” of law enforcement and other “stakeholders” from across the state and the country to discuss what he believes are some flaws in Oregon’s regulated marijuana market that may be contributing to black-market diversion of marijuana from Oregon. One of his purported flaws is Oregon’s refusal to put a limit on the amount of marijuana licenses issuable by the state, and by extension, the relative ease of acquiring a recreational marijuana license in Oregon when compared to other states. Since the summit, there is a growing concern that a limit or moratorium on licenses may be coming.

Regardless of what Mr. Williams thinks about its contribution to “overproduction” and “diversion,” Oregon’s licensing policies and procedures are a long-term benefit to the Oregon marijuana industry and should be maintained. This is because Oregon (and to a lesser extent Washington) is positioned to have an advantage in a national and international de-regulated marijuana market. When the long-awaited day arrives when marijuana is no longer illegal under federal law, Oregon, because of its climate, low power costs (more on that below), and low regulatory barriers to entry, is poised to become the nation’s center for marijuana production, driving the flower and oil markets and also providing the THC and CBD products industry with the high-quality biomass needed to produce products on a national and international scale. We see this positioning taking shape in our practice, because even in an “over-saturated” flower market, new entrepreneurs continue to come to Oregon to enter the recreational marijuana market. These new entrants are taking advantage of Oregon’s low regulatory barrier to entry to test new methodologies, products, and technologies that will drive the cannabis market into the future through efficient and sustainable practices. Placing a limit on available licenses (as in Washington) or complicating the application and licensure process (as in Ohio, Maryland, Arizona and others) will stifle this innovation and prevent Oregon’s marijuana industry from realizing its full potential on the national and international landscape. Moreover, limiting licenses would likely raise the value of an existing license, creating a potential windfall for many of the poorly capitalized and poorly operated licensees who are presently being weeded out (pun intended) by the free market established by the OLCC. As a result, limiting licenses would not only stifle Oregon’s role as a leader in innovation in the cannabis markets, but it would also reward bad businesses models for being, well, bad. A quick trip up north to Washington can tell us much about what happens to consumers, small businesses, and innovation in a limited-license regime.

However, there is an even smaller proposed shift in federal policy on the horizon that could prove to have an even greater negative effect on all industry in the Pacific Northwest including the cannabis industry. Hidden away in President Trump’s budget and infrastructure plan that was released earlier this week is a proposal to sell the power transmission lines and electrical grid currently owned and operated by the federal government through the Bonneville Power Administration. In the Pacific Northwest, the BPA owns about three quarters of the high-voltage power transmission lines that make up the electrical grid. Any new power generation facilities, whether renewable or traditional, need to connect to the publicly-owned grid in order to come online. The existence of the BPA and its ownership of the power generated through the Columbia River Dam System and the high-voltage transmission lines that bring power to the businesses and homes of the Pacific Northwest, is the primary reason we have the lowest energy costs in the United States. As we all know, producing and processing marijuana is an energy-intensive operation and the low cost of power in the Pacific Northwest contributes to our ability to produce the finest cannabis and cannabis products at the lowest cost, and to become a major player on the national and international scene. Privatizing the BPA grid, as proposed by the Trump administration, would raise the cost of power to all residential and commercial customers throughout the Pacific Northwest and significantly increase the costs of production for cannabis flower and all of the derivative cannabis products that drive the cannabis industry and create jobs and wealth for so many Oregonians (not to mention make it more costly and cumbersome for renewable power resources to come online). It is also likely that an increase in production costs will raise consumer prices in the regulated market significantly higher than in the unregulated market, driving more consumers to the unregulated market and exacerbating the perceived problem that the Trump Administration and Billy Williams are hoping to address through their shifts in policy.

The takeaway here is that while many in the industry are worried about a federal criminal crackdown on licensees following the rescission of the Cole Memo and Billy Williams’ warning to Southern Oregon, a licensee with a good compliance history (and a robust compliance program in place) should probably focus on the more subtle shifts in policy, because it is those small shifts that have the potential to have a much greater impact.