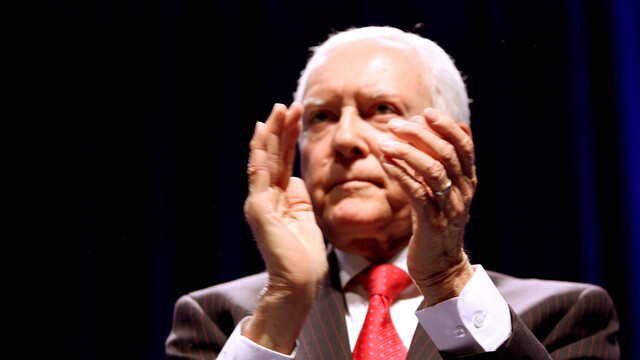 Last month, Utah Senator Orrin Hatch, currently the most senior Republican in the Senate, introduced legislation to ease federal research restrictions on cannabis. First elected in 1977, Senator Hatch has long-voiced opposition to all forms of marijuana legalization, medical marijuana included. The Senator’s official press release and floor speech were laden with pot puns, which attracted ample media attention and stunned many in the cannabis community. As Senator Hatch introduced the bill to fellow members of Congress, he announced it was“high time to address research into medical marijuana,” and the pot puns certainly didn’t end there.

The Senator’s introduction of the MEDS Act legislation attracted attention for numerous reasons, the most obvious being that Senator Hatch is a conservative GOP Republican historically opposed to legalization, even for medical use, and his own state of Utah has yet to legalize medical marijuana, although the state legislature enacted a limited CBD-only law last year. The majority of Utah voters identify as Mormon, with Senator Hatch himself a lifelong member of the LDS Church, which still retains a significant political influence in the state, particularly when it comes to social issues like marijuana use. While the LDS Church recently published a statement in opposition to the 2018 Utah state ballot initiative that will allow voters to legalize medical marijuana,

The legislation represents a significant opportunity for lawmakers on both sides of the aisle, as GOP support for medical marijuana research has increased in recent months as a result of the nation’s worsening opioid epidemic. Senator Hatch noted the rare opportunity for bipartisanship in a “Washington at war with itself,” asking both sides of the political aisle for “joint” legislative support, and even going so far as to call the legislation a potential “kumbaya moment for both parties.” The senator’s words took an even sassier tone as he noted the bill could “substantially improve America’s health” without requiring a “sweeping overhaul of Obamacare,” contrary to the beliefs of his “esteemed [GOP] colleagues” who insist otherwise.

The MEDS Act legislation, co-sponsored by Senators Brain Schatz (HI), Chris Coons (DE), Cory Gardner (CO), and Thom Tillis (NC), would: (1) Streamline the registration process for federal marijuana research studies; (2) Require the National Institute of Drug Abuse (“NIDA”) to identify and publish good manufacturing processes for marijuana products; (3) Provide easier access to research-grade marijuana used in medical and scientific studies; and (4) Prevent the Department of Health and Human Services (“DHHS”) from requiring marijuana-specific protocol reviews. While the bill would not change the legal status of marijuana under federal law, it would remove the heightened research barriers that have historically limited the medical and scientific study of medical marijuana, in hopes of helping Americans “suffering from a wide range of diseases and disorders.”

While Senator Hatch remains opposed to recreational marijuana, the introduction of the MEDS Act is a significant moment for the marijuana movement, as Senator Hatch could potentially persuade his fellow GOP colleagues to join in support of the bill. Stay tuned as we continue to track the progress of Senator Hatch’s MEDS Act legislation, as well as other significant federal policy developments, here at Green Light Law Group.