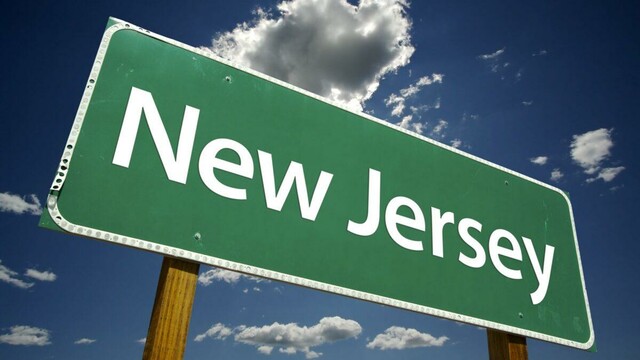 On November 3, 2020, New Jersey voters approved an amendment to the state's constitution to legalize recreational marijuana. New Jersey was one of five states to legalize marijuana on Election Night, joining Arizona, Montana, Mississippi (medical only), and South Dakota. Of these five states, New Jersey is the largest by population and it borders New York, which has not legalized recreational marijuana. This creates a huge economic opportunity in New Jersey as it is poised to collect revenue from sales to New Jersey residents and to nearby New Yorkers who will venture to New Jersey as cannabis tourists.

While it may be easy to forecast New Jersey's cannabis market from a financial perspective, things get a little hazy in trying to predict the market from a regulatory perspective. That's because New Jersey lawmakers still must figure out how to legalize cannabis. This raises serious questions about who should benefit from legalization given the racially disparate impact of drug laws in the past. According to a report released in April 2020 by the ACLU, 2018 arrest statistics show that “Black people were arrested for marijuana at a rate 3.45 times higher than white New Jerseyans, despite similar usage.” Following the report, ACLU New Jersey's Policy Director commented that, “the Garden State's path forward must include legalizing cannabis in a way that centers racial justice, including expungement of records and creating an industry with opportunities for those hit hardest by the disastrous war on drugs.” These issues have come to the forefront as New Jersey determines how to handle legalized cannabis.

There is a lot to cover, so let's start with the actual question posed to voters.

New Jersey Public Question 1 appeared on the ballot as follows:

Do you approve amending the Constitution to legalize a controlled form of marijuana called “cannabis”?

Cannabis products would be subject to the State sales tax. If authorized by the Legislature, a municipality may pass a local ordinance to charge a local tax on cannabis products.

Public Question 1 is light on details. All we really know from the ballot language is the following:

Let's take a look at how Public Question 1 made it onto the ballot in the first place.

New Jersey's Governor Phil Murphy, a Democrat, was elected in 2018. New Jersey Democrats also took control of both the houses of the state legislature in 2018. Murphy was an enthusiastic supporter of cannabis legalization on the campaign trail and made it clear upon taking office that legalization would be a top priority. This seemed like a perfect equation for cannabis legalization. However, these efforts were ultimately unsuccessful because Murphy and other top Democrats in New Jersey could not agree on how the state should legalize cannabis.

After efforts to legalize cannabis failed in 2018-19, leaders of the New Jersey Assembly and Senate introduced plans to place a referendum on the 2020 ballot. Despite challenges in the years prior, on December 16, 2019, New Jersey lawmakers passed Resolution No. 183 by a supermajority, which placed Public Question 1 on the 2020 ballot. The text of the Resolution provides additional details on legalization in New Jersey, including the actual language of the constitutional amendment. Here are some key points:

The resolution does not address major issues, such as how CRC will issue licenses, what types of licenses are available, or who will qualify for a license, or how cannabis tax revenues will be allocated. The New Jersey legislature now must figure out to move forward.

On November 5, 2020, just two days after voters approved Public Question 1, Senate Bill 21 (S-21) was introduced in the New Jersey Senate and Assembly Bill 21 (A-21) was introduced in New Jersey Assembly. As of this writing, everything in SB/AB 21 is subject to change and this analysis is merely a snapshot in time. Remember, in order to be enacted into law, the Assembly and Senate must pass identical bills, which must then be signed by Governor Murphy.

The two bills would establish the following classes of licenses:

CRC would issue these licenses and evaluate license applications based on a point scale it will develop. CRC could prioritize licenses for applicants in “impact zones” defined as cities or towns with at least 120,000 residents or more who rank in the top 40% in the state for arrests on possession of small amounts of cannabis.

However, a report by Amanda Hoover of NJ.com, outlines some key areas where lawmakers disagree. Both versions of the bill allow the CRC to impose an optional “social equity excise fee” to fund programs seeking to reduce disparities caused by the enforcement of drug laws.

The Senate version of the bill allocates 70% of sales tax revenue plus 100% social equity excise fees to these programs. The Assembly version only directs the excise fees. The Senate does not cap licenses, but the Assembly version limits the number of grower licenses the CRC can issue during the first two years. Negotiations between leaders from the Assembly and Senate are likely to continue until December 17, when the legislative session ends.

The growth, cultivation, processing, manufacturing, preparing, packaging, transferring, and retail purchasing and consumption of cannabis, or products created from or which include cannabis, by persons 21 years of age or older, and not by persons under 21 years of age, shall be lawful and subject to regulation by the Cannabis Regulatory Commission (emphasis added).

It's key that this amendment has two components: cannabis activities are lawful, but also subject to CRC regulations. Although cannabis will be legal on January 1, it is not as if it will be a free-for-all because any commercial activities involving cannabis (e.g., growing, processing, manufacturing, selling, etc.) are subject to CRC regulations, which will not exist until the legislature empowers the CRC to regulate recreational cannabis.

If lawmakers cannot agree on how to legalize marijuana by January 1, 2021, then the CRC cannot begin the process of regulating recreational cannabis despite the fact voters legalized marijuana. New Jersey's top law enforcement officer, Attorney General Gurbir Grewall instructed prosecutors to dismiss or adjourn any pending low-level marijuana cases as of January 1, even if legislation is pending. Grewal said in a statement that, “fairness demands that we suspend prosecution of marijuana possession-related cases while we await direction from the Legislature on the parameters for decriminalization of marijuana and legalization of regulated adult-use cannabis.”

We will continue to monitor for developments in New Jersey and other states that recently legalized.