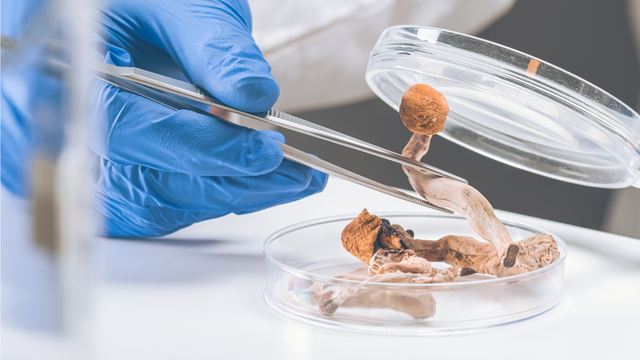 As part of the rule-making and review process under Measure 109 (passed last year and allowing certain types of psilocybin therapies), the Oregon Health Authority (OHA) has commissioned a review of the scientific literature surrounding the benefits of psilocybin, as well as issues around product testing and manufacturing. The results of the initial literature review have been released and are available on the OHA’s website.

The review committee looked at several issues related to psilocybin, including:

The evidence review tended to show that psilocybin had a positive impact on persons suffering from depression, anxiety, end-of-life issues, and potentially addiction including alcohol use disorder. Side effects were usually mild and transient. Some studies had a weaker design, including smaller sample sizes, or lack of double-blind or randomization, and care should be taken in relying too much on these studies alone. The results of the studies taken together, however, point toward more promising information down the road.

Psilocybin can come from mushrooms, either wild or cultivated, cell cultures, or synthetics. Much of the current testing uses synthetic psilocybin, although there is also a long history of use of whole mushrooms in a variety of cultures and locations around the globe. Both entail some trade-offs. Whole mushrooms are harder to control for dosing due to the high variability between species of mushroom, and even sometimes between individual mushrooms. However, extracted or synthetic psilocybin may also need to be monitored for contaminants.

Whether whole mushrooms or extracted psilocybin is used, testing will be required for both contaminants and potency. These include biological agents from the growth medium (compost and dung are particularly problematic), pesticides, herbicides, extraction chemicals, heavy metals in the growth medium, among others.

The issue with using whole mushrooms is controlling doses. Although there is an accepted use amount common in persons with experience with psilocybin, the actual dose amount per gram can vary greatly depending on the mushroom. Currently, potency testing using gas chromatography (much like in marijuana) is about the only way to get an accurate dose.

As a final point of interest, it is worth noting that the OHA included in its report that the limitations to a rapid review study include those certain types of uses simply were not part of the scientific literature, and that therefore, certain information might be missing from the review. For example, many societies have used psilocybin as part of ritual, spirituality practice, and healing, but these practices and their impacts are not included. Most likely due to the lack of ability to include protections such as double-blinding on a cultural practice. Additionally, even in the United States, there are many people with long experience with psilocybin that, due to the nature of the US drug laws, are unable to participate in a peer-review study documenting the benefits and drawbacks of use. So any real-world experience these people may be able to contribute as to the safety, efficacy, or long-term effects of psilocybin use is not included in the review.