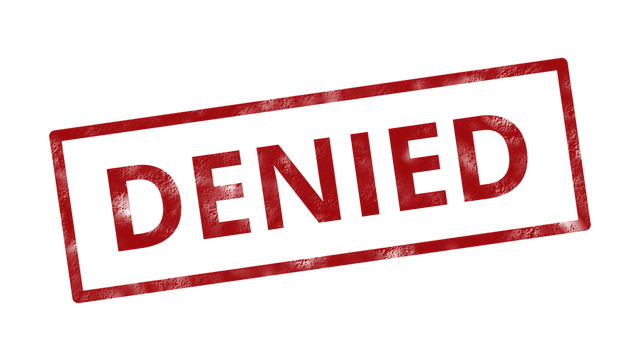 Green Light Law Group has been in the news a lot in the past few weeks as our team of litigators, on behalf of our client, Dyme Distribution, has successfully obtained an order from the Oregon Court of Appeals halting the flavored vape products ban put into place by the OLCC, and the court has now refused the OLCC’s request to reconsider that order. The litigation team was led by shareholder Andrew DeWeese and included attorneys Kevin Jacoby and Todd Key on the brief and supporting declarations. This post will go a little bit deeper into the process than has previously been reported, explain what exactly we achieved, and what everyone can expect going forward.

First, let’s go over how the ban on flavored vape products came about. On October 4, 2019, Governor Kate Brown issued Executive Order 19-09, which directed the OHA and the OLCC to adopt rules “to protect Oregonians, particularly Oregon’s youth, from the ongoing vaping public health crisis, to the full extent allowed by law.” The Order also provided a non-comprehensive list of the actions the Governor expected the agencies to take, one of which was: “Ban on flavored vaping products. OHA and OLCC are directed to immediately adopt emergency rules, effective for 180 days, banning the sale of all flavored vaping products.”

Soon afterward, the OLCC announced that it would be promulgating a new temporary regulation, OAR 845-025-2805, which, among other things, banned the manufacture and sale of flavored vape products by OLCC licensees. In a non-emergency situation, it takes a lot longer for an agency to propose a new regulation and for that regulation to be put into place; the agency proposing the rule must, among other things, publish the proposed regulation in the Oregon State Registry, and wait sixty days for comments from the public. This process nominally ensures that permanent rules are vetted prior to becoming effective, and that the public and affected stakeholders can alert the promulgating agency to their concerns about the rule, or issues they may have missed.

However, if there is an emergency, Oregon law (specifically, ORS 183.335(5)) allows an agency to immediately put a needed regulation or regulations into place, on a temporary basis, without waiting for comment. In order to take advantage of this loophole, the agency must follow the dictates of the statute carefully, or the temporary regulation will be held invalid. In particular, the agency may adopt a temporary rule, effective for no longer than 180 days, if the agency prepares:

When we first heard that the OLCC wanted to ban only flavored vaping products, we immediately thought that such a ban would lack a rational basis, as there doesn’t seem to be any meaningful difference between, for example, botanically-derived limonene and cannabis-derived limonene. In other words, we don’t think banning something because of its origin (and not related to its substance) is at all related to the important governmental objective of protecting consumers. At the same time, it is clear that the OLCC has the authority to regulate the types of products that may be sold by its licensees, and there is a reasonable possibility that a court would decline to get involved in whether or not the OLCC is acting rationally by banning botanically-derived flavors but not cannabis-derived flavors. Most of the time, courts give agencies the benefit of the doubt, and rarely question the rationale behind agency rulemaking.

However, when we reviewed the OLCC’s statement of need and justification in OLCC 13-2019, we realized that the agency had failed to properly follow ORS 183.335(5) in its temporary rulemaking. Specifically, we didn’t think that a statement of need that only identifies the Governor’s order as the explanation for the agency’s perception of the need for the rule can pass muster, and we also doubted that OLCC 13-2019 is valid because it completely fails to include a statement of how the rule meets the need for the rule as identified by the agency, which is required under ORS 183.335(5)(c).

In a nutshell, we (and our client, Dyme Distribution) were opposed to the substance of the rule but decided that the most effective way to attack it was to attack the procedure by which it was adopted.

The Oregon Court of Appeals (not any of the Oregon trial courts) has original jurisdiction over these types of rules challenges, so we filed, on behalf of our client, a Petition for Judicial Review with that court, making the arguments above, as well as others. But merely challenging the validity of the OLCC’s rulemaking process would not have been enough to persuade the court to halt enforcement of the rule while the case winds its way through the briefing and argument process. To achieve that, we needed to file a motion with the court to stay (i.e., to stop) enforcement of the rule pending judicial review. In order to win that motion, we had to show the court that our client would suffer “irreparable harm” (that is, harm that cannot effectively be compensated for with monetary damages) if the motion was not granted and the ban allowed to stay in place.

Showing that Dyme would suffer irreparable harm if enforcement of the ban was not halted was, frankly, the easiest part of the case. Sales of Winberry brand flavored vape cartridges represent more than 80% of Dyme’s monthly revenue, meaning that if those sales were halted (which they were for a few weeks), Dyme would have had to lay off a substantial part of its workforce, and its relationships with its customers and suppliers were severely threatened. The threat of these harms to Dyme was so obvious and so unquestionable, the OLCC actually agreed with us, in its brief to the court, that Dyme would have suffered irreparable harm if the ban was allowed to stand.

Nevertheless, even after acknowledging that the ban would force Dyme out of business, the OLCC argued that staying the ban would result in harm to the public. While the court agreed with the OLCC that there is a serious public health issue related to vaping, the court pointed out an obvious problem in the OLCC’s reasoning: “The problem with OLCC’s argument is that, as OLCC itself acknowledged in its statement of justification for the rule, it adopted the rule without knowing what was causing the lung injuries at issue.” The court reasoned that, “[i]n the absence of any evidence connecting the sale of cannabis vapor products that contain flavor or “non-marijuana terpenes” to the lung injuries, the court is not convinced that there is a risk of harm to the public if enforcement of the rule is stayed.”

As a result, on November 14, 2019, as has been widely reported, the court granted our client Dyme’s motion to stay enforcement of the ban pending judicial review of the OLCC’s emergency rulemaking process or further order of the court. And there was much rejoicing.

In its emergency motion for reconsideration, the OLCC first tried to argue that Dyme had not made a strong enough showing on the merits. Clinging to the court’s language that “although OLCC makes persuasive arguments in support of its view that the rule will be held valid on judicial review, the court is nonetheless persuaded that petitioner has some likelihood of success,” the OLCC argued that this meant the Appellate Commissioner thought there was only a bare minimum of a chance that our argument about the defects in rulemaking would succeed. The OLCC went on to argue that because the Governor said that all vaping was dangerous, it follows that a subset of vape products (flavored) are also dangerous, and therefore the OLCC had adequate justification to ban them... and that Appellate Commissioner Kidd’s reasoning otherwise “misses the point” and was “illogical” and “a mistake, and one that endangers the public.” (As an aside, this language may not have been the best way to curry the court’s favor).

Once the OLCC’s motion for reconsideration was accepted by the Court, on Monday, November 18, 2019, the Court set a briefing schedule on the motion, and set Dyme’s response date as November 29, 2019. The next day, November 19, 2019, we were pleasantly surprised to learn that the Court simply denied the OLCC’s emergency motion for reconsideration without the necessity of our providing a response. This means that, unless the OLCC decides to appeal to the Oregon Supreme Court, the OLCC may not enforce its ban on flavored vaping cannabis products.

From here, the Court will soon issue a briefing schedule, which will provide us with the amount of time we have to submit our opening brief (which will set out our arguments about the faults in the OLCC’s emergency rulemaking process in greater detail), and when the OLCC’s response to that brief is due. Once the legal questions are fully briefed (or sometimes before), the court will set a date for oral argument. The process is usually completed within three to six months. For that time, at least, the OLCC may not enforce its ban, and OLCC licensees may continue to manufacture and sell flavored cannabis vape products.