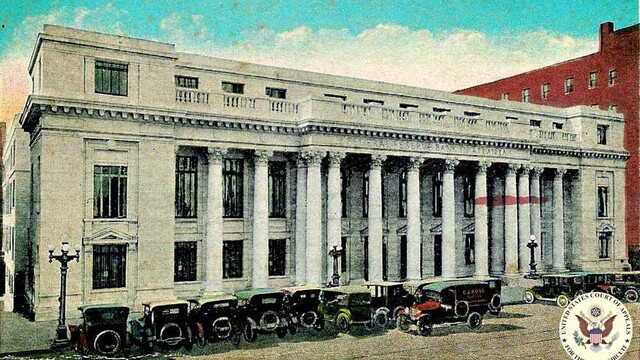 One Small Step for Cannabis Banking, One Giant Leap for Common Sense

Fourth Corner Credit Union Can Reapply for a Master Account with the Federal Reserve Bank and Sue Again if they don’t get one.

One of the biggest problems facing the cannabis industry is the lack of access to traditional banking services, as banks and credit unions have largely refused to allow cannabusinesses and other marijuana-related businesses to open bank accounts, obtain commercial loans, and access traditional payment services. In an effort to alleviate the existing marijuana banking problems, Fourth Corner Credit Union, which is based in Colorado, opened in 2014 in order to provide traditional financial services to cannabusinesses. However, Fourth Corner soon ran into trouble when the Federal Reserve Bank of Kansas City denied Fourth Corner’s application for master account access, which is required in order to use payment systems, including coin and paper currency, checks, and electronic transfers.

Following denial of their application for master account access, Fourth Corner filed suit in a Colorado district court, asking the court to require the Federal Reserve Bank to approve the credit union’s application for master account access to allow for their to be cannabis banking. Although Fourth Corner amended the originally filed complaint prior to oral argument, committing to serve marijuana-related businesses “only if legal” under both federal and state law, the district court disregarded the credit union’s promises to obey the law. Assuming (incorrectly, as the 10th Circuit notes) that Fourth Corner would serve marijuana-related businesses in violation of federal law, the district court dismissed the complaint because a “court cannot use its equitable powers to issue an order that would facilitate criminal activity.” The district court dismissed the complaint with prejudice, meaning Fourth Corner could not file suit against the Federal Reserve Bank of Kansas City again for denying the credit union’s application for master account access.

Fourth Corner appealed the decision in the 10th Circuit Court of Appeals (you may recall the 10th Circuit Court of Appeals from Safe Streets Alliance, last month’s decision holding that civil RICO claims may proceed against state-licensed cannabusinesses), yielding somewhat of a legal victory in the case, albeit limited, as the three-judge panel voted to dismiss the complaint without prejudice (*key takeaway here). The 10th Circuit panel issued three separate opinions in the case, but because two of the three judges agreed that the complaint should have been dismissed without prejudice at the district court level, the Court remanded the case and instructed the district court to dismiss the complaint without prejudice. This means Fourth Corner can reapply for master account access with the Federal Reserve Bank of Kansas City, and if their application is once again denied, Fourth Corner will be able to file suit in district court again challenging the decision.

Providing master account access to credit unions and banks that wish to serve marijuana-related businesses would provide some relief for the industry, although it would certainly not eliminate the numerous other banking law obstacles. The Federal Reserve Bank could certainly deny Fourth Corner’s request for master account access once again, so this is an important case to watch over the coming months. Stay tuned for additional updates on the Fourth Corner Credit Union case as we continue to monitor developments in the case.

WORK AT GREEN LIGHT LAW GROUP We are a litigation and business law firm for the marijuana and hemp industries.…

The Washington State Liquor and Cannabis Board (WSLCB) recently garnered national attention for rolling out its “Joints for Jabs” promotion.…

Most cannabis business owners, by now, are familiar with the Food and Drug Administration’s (FDA) actions regarding specific health claims…