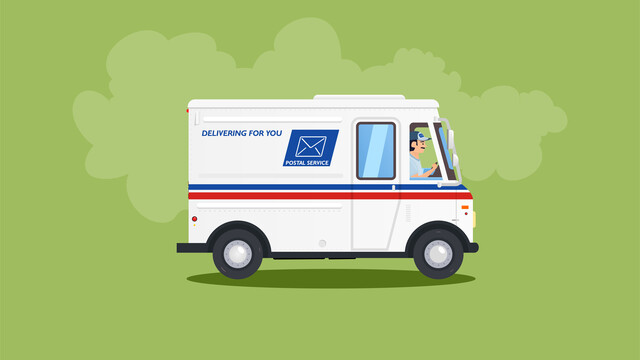 In a move that should encourage the cannabis industry, the United States Postal Service (USPS) is delaying the implementation of its new rules for the enforcement of a ban on direct-to-consumer mailing of vaping products. As we reported earlier this year, recent amendments to the PACT Act (Preventing All Cigarette Trafficking) required the USPS to issue regulations putting into effect the new ban on USPS mailing vape products from retailers to consumers.

I remain optimistic about mailability, despite the grim outlook lately with this news. One reason is that the principles of statutory interpretation lend credibility to the argument that the ban does not apply to vaping products that are not used to deliver tobacco or nicotine. While the USPS could have banned vaping products altogether as part of the new rule, it now seems that they are taking time to revisit the implications of an all-encompassing prohibition on shipments of vaping products. The USPS must not exceed its own legal authority under the PACT Act by regulating vaping products that fall outside the definition of tobacco product, as such a rule could be subject to challenge by various industry groups.

If you’ve been following our PACT Act updates, by now you might recall that he amended PACT Act now defines Electronic Nicotine Delivery Systems (ENDS) as “any electronic device that, through an aerosolized solution, delivers nicotine, flavor, or any other substance to the user inhaling from the device; includes—an e-cigarette; e-hookah; e-cigar; vape pen; advanced refillable personal vaporizer; electronic pipe; and any component, liquid, part, or accessory of a device described without regard to whether the component, liquid, part, or accessory is sold separately from the device.”

While many fear that this would automatically encompass vaporizer components that are used in connection with marijuana and hemp products, I am not convinced that this is the case and the USPS decision to postpone the rule-making process provides greater support for such a position.

The Tobacco Control Act (TCA) supersedes the PACT Act if there is a conflict between the two bills, due to a provision in the PACT Act that states the law does not alter or affect the provisions of the Food, Drugs, and Cosmetics Act (FDCA), which includes the TCA. The TCA does not explicitly define ENDS but it does define Tobacco Products as follows:

The TCA granted the Food and Drug Administration (FDA) broad authority to determine what products were considered “tobacco products” because, in addition to granting FDA regulatory oversight over cigarettes, roll-your-own tobacco, smokeless tobacco and other traditional products, the TCA also empowered the FDA to regulate any other tobacco products it deemed to be subject to the TCA. In May 2016, the FDA issued the “Deeming Rule” to establish what novel products would be subject to TCA.

The FDA has specifically explained what they consider to be ENDS under the TCA’s definition of “Tobacco Products.” That FDA interpretation excludes CBD, THC, or other cannabis derivatives because the FDA lacks the jurisdiction to regulate such products under the TCA. The FDA specifically defines ENDS in enforcement guidance:

The FDA further states that e-liquids generally refer to “liquid containing nicotine and nicotine-containing e-liquids (liquids combined with flavorings, colorings, and other ingredients).” If a vaporizer product, component, or accessory: (1) does not deliver aerosolized e-liquid when inhaled, (2) does not contain nicotine or other material made or derived from tobacco; (3) is not intended or reasonably expected to be used with or for the human consumption of a tobacco product; and (4) is not derived or made from tobacco and intended for human consumption, then the FDA does not consider this to be included in the definition of an ENDS product or tobacco product altogether. Unlike the amended PACT Act, ENDS - for the purpose of the TCA and Deeming Rule - is not defined to include vapor devices and accessories used with “other substances” that do not contain nicotine or tobacco.

The inclusion of the term “other substances” in the PACT Act definition of ENDS was likely intended by its drafters to capture formulations of e-liquids containing tobacco or nicotine that sophisticated lawyers for the tobacco industry would argue are outside of the FDA’s framework under the TCA. The vapor market is very popular among young people and the whole premise of the PACT Act is preventing underage tobacco sales and the avoidance of tobacco taxes. The PACT Act definition of ENDS goes beyond the TCA’s definition of ENDS, and it seems lawmakers wanted to target the e-cigarette industry. But lawmakers failed to read the fine print, as the ENDS definition that they came up with is totally inconsistent with the FDA’s Deeming Rule.

The amended PACT Act explicitly does not alter the FDCA which includes the TCA, indicating that the addition of “any other substance” to the definition of ENDS probably was not meant to capture non-nicotine and non-tobacco products such as cannabis.

If lawmakers intended to truly change the way the federal government defines ENDS to include non-tobacco and non-nicotine products, it is rational to assume that Congress would have also amended the TCA to allow the FDA to regulate these other substances. The strategy moving forward should be to encourage USPS to specifically focus on the ENDS market because of the relation to nicotine and tobacco, as this is what is statutorily required and authorized by the PACT Act and anything done in relation to cannabis or hemp should be seriously challenged by the industry.