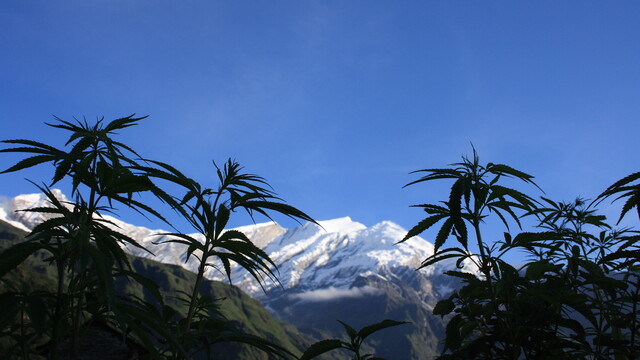 Despite ominous threats of a federal government shutdown, Congressional lawmakers finally agreed last week to a spending bill that provides federal funding for the remainder of the fiscal year, which ends on September 30th. Amidst talks of a $3 billion border wall, substantial budget cuts to federal government agencies like the EPA, and the Republicans’ now-defunct attempt to repeal and replace Obamacare, it is hardly surprising that renewal of the Rohrabacher-Farr amendment managed to get lost in all the federal budget-related drama. Thankfully, and much to the relief of medical marijuana patients, advocates, and as the latest polls indicate, the majority of Americans, federal lawmakers decided to renew the Rohrabacher-Farr amendment under the new spending bill.

The Rohrabacher-Farr amendment prohibits the Department of Justice (“DOJ”) from using federal funds to prevent state implementation of “laws authorizing the use, distribution, possession, or cultivation of medical marijuana.” The amendment, aptly named for the two congressmen who sponsored the provision, Republican Representative Dana Rohrabacher, and former Democratic Representative Sam Farr, was first passed in 2014 as part of an omnibus spending bill. While federal lawmakers have continuously renewed the provision via short-term spending bills, the recent renewal is more significant in light of newly-appointed Attorney General Jeff Sessions, who just last year told members of Congress that “good people don’t smoke marijuana.” The initial appointment of Attorney General Jeff Sessions sparked rampant fear within the cannabis industry, and rightly so, as AG Sessions has continuously voiced opposition to state legalization of recreational—and to a lesser extent, medical—marijuana. As the new head of the Department of Justice, Attorney General Sessions can easily reverse the Obama administration’s “hands-off” approach to federal government interference in medical marijuana states. Luckily, with the renewal of Rohrabacher-Farr, AG Sessions is unlikely to interfere with states’ implementation of medical marijuana laws, at least until the end of September, when the amendment is again subject to renewal by Congress. What exactly does the Rohrabacher-Farr amendment mean for medical marijuana states? Well, the precise scope of protection afforded by the Rohrabacher-Farr amendment is far from settled law, as the Ninth Circuit Court of Appeals is the only federal court to address the matter. In United States v. McIntosh, decided last August, the Ninth Circuit Court of Appeals rejected DOJ’s argument that the budget provision only prohibits DOJ from taking action against medical marijuana states. The three-judge panel instead held that Rohrabacher-Farr also prohibits DOJ from using funds to prosecute individuals in medical marijuana states who remain in compliance with state medical marijuana laws. The Court explained that DOJ’s continued prosecution of individuals in medical marijuana states effectively prevented states from giving “practical effect” to laws authorizing the use, possession, and distribution of medical marijuana. It is important to note that this decision is only binding in the 9th Circuit, so appeals courts in any of the other federal circuits could decide differently if a similar case is brought in the future. So how can you proactively manage risks associated with operating a cannabusiness in the era of conflicting federal-state marijuana laws? Well, for starters, it is of utmost importance that your cannabusiness remain fully compliant with state laws and regulations. It is impossible to overstate the importance of identifying and addressing regulatory concerns sooner rather than later, as even the 9th Circuit declined to extend Rohrabacher-Farr protection to individuals who fail to comply with state medical marijuana laws. Additionally, Rohrabacher-Farr does not extend to recreational marijuana states, nor does it extend protection to banks who choose to provide banking services to marijuana-related businesses. The key takeaway: Cannabusinesses must remain cognizant not only of the legal risks presented by conflicting federal-state law, but also short-term policy changes that impact the industry. If you are interested in discussing regulatory compliance matters or need assistance in navigating this rapidly evolving legal field, please do not hesitate to reach out to us here at Green Light Law Group.