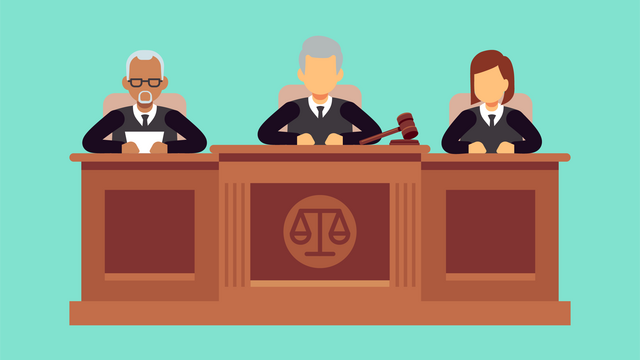 Justice Clarence Thomas rarely speaks on the bench. When he does, people listen. This week, the Supreme Court rejected an appeal of a summons issued to a marijuana dispensary in Colorado for purposes of an IRS federal tax audit. The petitioners attempted to argue that it was incorrect for the lower court to hold that federal law supersedes Colorado law when it comes to state-legal cannabis sales. In rejecting the appeal, the Court held that Section 280E of the IRS Tax Code is rather plain and unambiguous in disallowing deductions for ordinary business expenses for businesses trafficking in Schedule I and II controlled substances, such as marijuana.

The Supreme Court is not required to issue decisions explaining why they declined to hear a case, so it is not only surprising that they did so in this 280E case, but one of the relatively soft-spoken justices, Clarence Thomas, also issued the opinion declining to hear the case. In the opinion, (available here, scroll to page 28) Justice Thomas, the most far-right, conservative justice on the Court, criticized the Gonzales v. Raich Supreme Court decision, which upheld the Controlled Substances Act as lawful under Congress’ commerce clause authority, noting “federal policies of the past 16 years have greatly undermined its reasoning.”

Going further, Justice Thomas called the federal government’s approach a “half-in, half-out regime that simultaneously tolerates and forbids local use of marijuana.” He stated that post-Raich, the federal government has “sent mixed signals on its views,” referencing the now-rescinded Department of Justice Cole Memo and the Rohrabacher-Farr Amendment in place since 2014, and noted that 36 States allow medical marijuana and 18 states allow recreational marijuana.

As a result, Justice Thomas wrote, he thinks it perfectly “understandable” why ordinary people may think the US Government has retreated from its once-absolute ban on marijuana, and why petitioners may think that their intrastate marijuana operation will be treated like any other enterprise that is legal under state law. He called the Government’s willingness to look the other way on marijuana “more episodic than coherent,” when one considers that the same Federal Government is subpoenaing state records to determine whether the petitioners in the case complied with Section 280E.

He went on to say that the “disjuncture between the Government’s recent laissez-faire policies on marijuana and the actual operation of specific laws is not limited to the tax context,” as “most marijuana businesses operate entirely in cash,” which is “understandably enticing to cops and robbers.” He then noted that carrying a gun to defend against such “cops and robbers” would place that person at risk of federal law violations for committing a drug-trafficking crime with a firearm, and furthermore, that same business is at risk of prosecution under the Racketeer Influenced and Corrupt Organizations Act (“RICO Act”).

The Supreme Court Justice took the time to call out the absurdity that is federal prohibition 16 years after the Court decided Gonzales v. Raich. Justice Thomas concluded his remarks by stating: A prohibition on intrastate use or cultivation of marijuana may no longer be necessary or proper to support the Federal Government’s piecemeal approach.” If only Justice Thomas could convince the rest of the GOP to get on board with legalization.