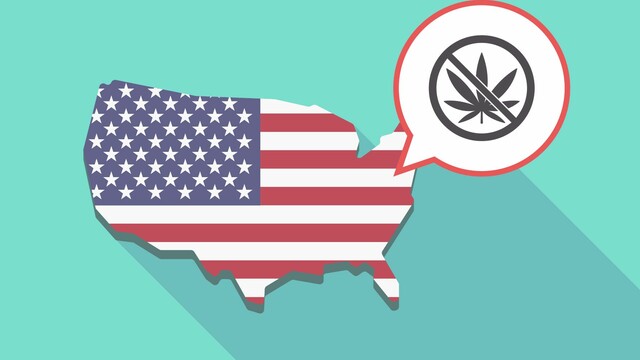 With all eyes on the 2020 Presidential election, it’s time to take a look at what marijuana would look like under another four years of Donald Trump as President. Based on the messaging from his campaign and what we have seen from his first term, marijuana is under threat if Trump gets re-elected.

According to Y’all Politics, the Trump For President Campaign issued a cease and desist letter to Mississippians for Compassionate Care for implying that President Trump supported an initiative to legalize marijuana in Mississippi. Trump’s opposition to the Mississippi initiative may be linked to his view that putting marijuana initiatives on the ballot drives Democratic voters to the polls. On August 17, 2020, Kyle Jaeger reported these comments in a piece for Marijuana Moment:

The next time you run please don’t put marijuana on the ballot at the same time you’re running,” Trump said, directing his advice to [former Wisconsin Governor Scott] Walker, who was in the crowd. “You brought out like a million people that nobody ever knew were coming out.”

Based on the Mississippi letter and the comments to Walker, it appears that for the 2020 election, Trump is making a political calculation that marijuana initiatives drive anti-Trump.

Trump appointed Drug War Zealot Tom Price as the head of the Department of Health and Human Services (HHS). Price stepped down for using tax dollars to fund his personal vacations in one of the first of many scandals to hit the Trump Administration. Price was an serious opponent to cannabis legalization, voting against the Rohrabacher-Farr Amendments and voting against allowing Veteran’s Administration doctors to recommend cannabis to veterans. Current HHS Secretary Alex Azar has warned about the dangers of marijuana even stating that “there really is no such thing as medical marijuana.”

Trump also appointed Jeff Sessions as Attorney General upon winning in 2016. Sessions hated marijuana so much that he once joked that he liked the KKK until learning they smoked marijuana. Sessions was (luckily) incompetent and was unable to do much damage to the marijuana industry, but he did rescind the Cole Memo before being replaced by Bill Barr.

Barr is the opposite of Jeff Sessions when it comes to marijuana, because unlike Sessions Barr has not said much about marijuana but under his lead, the DOJ has shown hostility to marijuana legalization. Under Barr’s lead, a whistleblower revealed that the DOJ was investigating marijuana businesses for what appear to be bogus allegations of antitrust violations. In addition, Barr approved a request from the current acting head of the DEA Timothy Shea to expand the agency’s jurisdiction in response to the killing of George Floyd. Under Barr’s watch, the DEA also required California to hand over marijuana licensing information in relation to an investigation undertaken by the DEA.

These appointments matter because they are directly related to marijuana’s current status as a Schedule I substance. The Controlled Substances Act, which governs drug laws at the federal level and continues to prohibit marijuana as a Schedule I substance, gives authority to the U.S. Attorney General and the Secretary of HHS to add or remove a substance from a given schedule. The Attorney General and Secretary of HHS are both cabinet positions, which means that they are appointed by the President and confirmed by the Senate. For the purpose of the Controlled Substances Act, the Attorney General delegates its power to the DEA and the HHS delegates its power to the Food and Drug Administration (FDA). The President can also appoint the heads of the DEA and FDA directly. The President then has the power to remove these cabinet members who in turn have the power to reschedule or deschedule marijuana.

Marijuana legalization has come a long way in the last four years in spite of Trump. Trump personally does not seem to care much about marijuana, but he has surrounded himself with decisionmakers who do not support legalization. Joe Biden’s views on marijuana are not much better, but he is much more likely to appoint individuals to run HHS, DOJ, FDA, and DEA who will push for legalization. Just look at some of the other candidates in the Democratic Primary. Imagine if Biden appoints Elizabeth Warren as Attorney General and Cory Gardner to run HHS. Those two are staunch supporters of marijuana legalization and would have the power to make that happen as cabinet members. In addition, Biden’s Vice President, Kamala Harris has said that she will give Biden “honest” feedback on legalization.