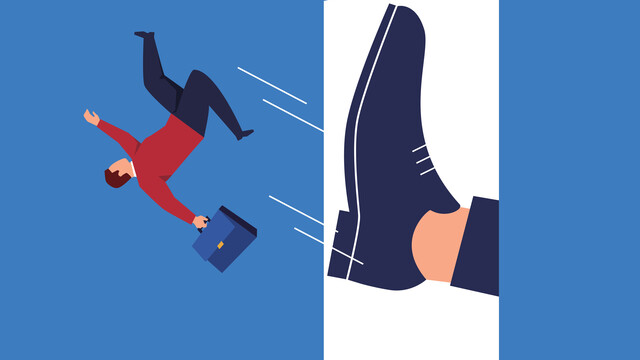 Limited liability companies or “LLCs” are ubiquitous in the business world, including the cannabis business in Oregon following legalization of recreational sales in 2016. Many Oregon LLCs were formed in a rush by those looking to enter the market first and make the most of a new industry that was, at the time, both uncharted and still viewed as less than legitimate. As a result, interesting and often sure to be doomed partnerships were formed and embodied in LLCs.

Five years later, many of those hastily formed relationships have run their course and the cracks (or gaping holes) in the business relationship are more evident. For instance, a member who brought cultivation experience before legalization to another member who could provide capital may never have adapted to the regulated world of legal cannabis, where abiding by the law is integral to remaining a licensed and profitable company. In this example, the member keeps putting the LLC’s licensure and future in jeopardy by operating as if cannabis was not legal and ignoring OLCC regulations. Perhaps a member that provided initial capital is now insisting on distributions the company cannot afford to the detriment of both the company and remaining members. Or in another example, a member of a company holding an OLCC license may have developed a substance abuse problem putting the company’s license and future at risk.

When a member of an LLC becomes detrimental to the company, the other members need to act to protect their membership interests and the LLC itself. But how? While an LLC can be formed quickly, the expulsion of a member who is harming the LLC is often not a simple process. The first step for a member considering expulsion is to review the LLC’s operating agreement to determine whether it specifically addresses the duties of members and standards of conduct as to the LLC and its members, in addition to the process for expelling a member. In a well drafted operating agreement, the duties and conduct of the LLC members that would be in violation of each are specified along with the process for expelling a member, sometimes by non-judicial means.

Unfortunately, in our experience, many LLCs formed at the beginning of Oregon’s legalization do not even have operating agreements. In Oregon, an operating agreement may be in writing or simply an oral agreement. ORS 63.057. In circumstances where there is no written agreement providing for non-judicial expulsion of a member, aggrieved members cannot expel a detrimental member without an order from the court or an arbitrator. ORS 63.209 (1)(a). Instead, members looking out for both their interests and the company’s must rely upon ORS 63.209 which sets forth the default basis for pursuing judicial expulsion in the absence of a written agreement. ORS 63.209 (1)(b) provides that a member may be expelled from a limited liability company if the court determines that:

“(A) The member has been guilty of wrongful conduct that adversely and materially affects the business or affairs of the limited liability company; or

(B) The member has willfully or persistently committed a material breach of the articles of organization or any operating agreement or otherwise breached a duty owed to the limited liability company or the other members to the extent that it is not reasonably practicable to carry on the business or affairs of the limited liability company with that member.” ORS 62.209 (1)(b)

Notably ORS 63.209 (2) specifies the LLC itself has the ability to recover damages from the expelled member and may offset its damages against any amounts distributable or payable to the expelled member – meaning members can pursue claims derived from harm or injury to the company against the member they are seeking to expel, for the benefit of the company.

So, is it worth it to pursue expulsion of a member? The answer depends in large part on the threat or impediment that member presents to the continued business operations of the LLC. In the more scrutinized world of legal cannabis, one member’s dishonest or even seemingly trivial, yet still illegal conduct, can put the entire company at risk. Expulsion is a severe remedy, but sometimes necessary to protect the interests of the members and the LLC from a bad “partner” who continues to be paid while putting the company at risk. Many Oregon cannabis businesses are now five years out from legalization and contemplating their futures in the business. That may be the time for members to reevaluate whether their companies can exist in the long run with problem members who engage in conduct detrimental to the LLC.

Part 2: Defending Against an OLCC Notice of Violation

Last month, Green Light Law Group discussed the reasons why licensees should always request a hearing following receipt of an…