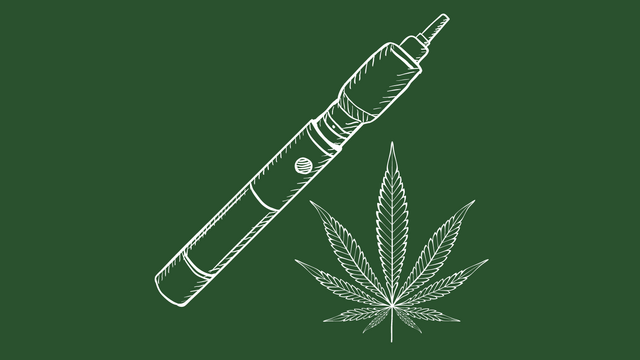 After months of delay, the United States Postal Service (USPS) has issued its final rule (USPS Final Rule) pursuant to the Prevent All Cigarette Trafficking (PACT) Act. (An unpublished version of the USPS Final Rule is available here). The PACT Act generally prohibits the mailing of cigarettes but due to recent amendments, the definition of “cigarettes” for mailability purposes now includes vapor devices containing cannabis derivates.

For additional background, check out our previous coverage on the PACT Act:

The USPS claims that its hands were tied by including hemp and marijuana derivatives in the definition of ENDS thanks to POSECCA:

[N]otwithstanding Congress’s use of “nicotine” in the term “electronic nicotine delivery systems,” the plain language of the POSECCA definition makes clear that nonmailable ENDS products include those containing or used with not only nicotine, but also “flavor[ ] or any other substance.” It goes without saying that marijuana, hemp, and their derivatives are substances. Hence, to the extent that they may be delivered to an inhaling user through an aerosolized solution, they and the related delivery systems, parts, components, liquids, and accessories clearly fall within the POSECCA’s scope.

The USPS Final Rule goes on to elaborate on why non-nicotine ENDS products are prohibited based on its statutory interpretation of POSECCA:

The USPS Final Rule points out that products containing THC were already prohibited from being shipped through the USPS because marijuana and THC are independently listed as Schedule I substances under the Controlled Substances Act (CSA).

When it comes to hemp, however, the USPS Final Rule acknowledges that hemp and hemp derivatives are not per se nonmailable, but hemp-containing ENDS are:

[H]emp and hemp derivatives with no more than 0.3 percent THC by dry weight—are not subject to CSA-based mailability restrictions, and items used with such substances (and not with controlled substances) may fall outside the definition of drug paraphernalia. As such, those substances continue to be mailable generally, to the extent that they are not incorporated into an ENDS product or function as a component of one. To the extent that they do comprise or relate to an ENDS product, however, then that product is now nonmailable under the PACT Act and POSECCA, except pursuant to a PACT Act exception.

The USPS Final Rule also acknowledges that “the PACT Act requires manufacturers to register and certify tax compliance to State and local authorities, yet some States and localities do not specially tax non-nicotine related ENDS products.” For example, anyone manufacturing or selling cigarettes must register with the Bureau of Alcohol, Tobacco, Firearms, and Explosives (ATF) and the taxing authority in each state. As we have written before, the ATF and state agencies do not have experience with hemp and marijuana vapor products and it is unclear how manufacturers and distributors of cannabis vapor products can comply with these requirements. The USPS Final Rule basically says “not my problem” (in reality the USPS said that these comments were “misdirected”) and indicates that the ATF and these state agencies will have to deal with this confusion through their own rule and policy making.

There are several exceptions to the PACT Act’s blanket ban on shipping ENDS through USPS:

The USPS Final Rule includes details on how to use these exceptions and what steps the shipper must take (e.g., labeling the package to say “PERMITTED ENDS MAILING—DELIVER ONLY UPON AGE VERIFICATION”). Shippers seeking one of these exceptions must first apply to the Bureau of Alcohol, Tobacco, Firearms and Explosives (ATF).

In addition to these exceptions, a vapor product is excluded from the definition of ENDS if it is approved by the Food and Drug Administration for sale as a tobacco cessation product or any other therapeutic purpose and is marketed and sold solely for such purposes. As of this writing, no such vapor product containing hemp or marijuana exists.