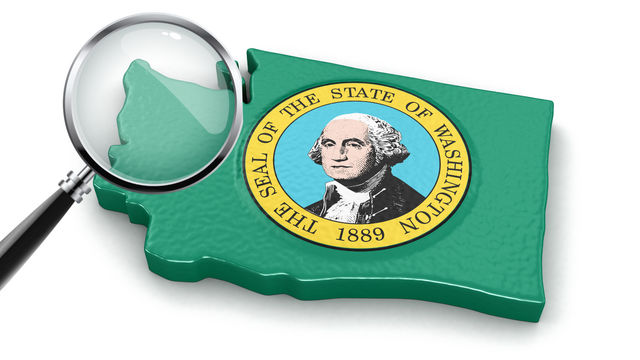 With a new year, comes a new legislative session, which started on January 10, 2022 here in Washington state. In Washington, we have short sessions (60 days) in even-numbered years and longer sessions (105 days) in odd-numbered years, so in 2022 there will be a short session. This post examines five cannabis-related bills that we are keeping an eye on. This is a non-exhaustive list, as nineteen bills relating to cannabis are being considered by the state legislature, as reported by Cannabis.Observer. It’s unclear whether any of these bills will actually become laws, but these are some of the Washington cannabis bills to watch in 2022.

The Washington State Liquor and Cannabis Board requires that any person who owns, manages, or is entitled to a share of the profits from a licensed marijuana business be a resident of the state of Washington. In addition, the license must be issued in the names of the natural persons who own the licenses.

In addition, a non-resident could own more than ten percent of a licensed business, so long as the WSLCB can investigate that person the same way they would investigate a state resident. The WSLCB would also need to come up with an application designed for entities applying to own a marijuana license.

HB 1668 and companion bill SB 5547- “Expanding regulatory authority over cannabinoids that may be impairing and providing for enhanced product safety and consumer information disclosure about marijuana products.”

It appears that Washington may follow in the footsteps of states like Oregon who are distinguishing CBD products based on both a percentage of THC and based on a flat milligram limitation of intoxicating cannabinoids. The use of the term “cannabinoid that may be impairing” casts a wider net than just delta-9 THC and would include delta-8 THC and likely any other novel cannabinoid that had an intoxicating effect.

Under the proposed law, the manufacture and sale of Artificial Cannabinoids would be prohibited. “Artificial Cannabinoid” means “a solely chemically created substance that does not originate from the plant Cannabis but is structurally the same or substantially similar to the molecular structure of any substance derived from the plant Cannabis that may be a cannabinoid receptor agonist and includes, but is not limited to, any material, compound, mixture, or preparation that is not listed as a controlled substance in Schedules I through V of the Washington state controlled substances act.” The definition does not include naturally occurring substances extracted from cannabis, cannabinoids produced by decarboxylation without use of a chemical, or any other chemical substance resembling any compound in cannabis that is identified by rule by the WSLCB in consultation with Washington Department of Health (WDOH).

The proposed legislation also defines other key terms. “CBD Product” means any product containing or consisting of cannabidiol that does not exceed 0.3 percent THC and does not contain more than 0.5 milligrams per serving or two milligrams total in the packaged product of a cannabinoid that may be impairing. The definition of “Marijuana Products” is also altered to include “any product with 0.5 milligrams per serving or two milligrams or more per package of a cannabinoid that may be impairing or that is marketed as such.” That means that a product containing intoxicating cannabinoids solely derived of hemp becomes a marijuana product based on the level of those hemp-derived intoxicating cannabinoids and as a result could only be sold to the public by marijuana retailers. The proposed legislation also defines “Synthetically Derived Cannabinoid” as “any cannabinoid that is that is altered by a chemical reaction that changes the molecular structure of any natural cannabinoid derived from the plant Cannabis to another cannabinoid found naturally in the plant Cannabis.” The legislation also would alter the definition of THC to include delta-8 and delta-10 in addition to other intoxicating cannabinoids.

SB 5517 would prohibit employers from failing or refusing to hire a prospective employee due to the presence of cannabis in a drug screening test. This prohibition would not apply to employers who lose “a monetary or licensing-related benefit under federal law,” if inconsistent or in conflict with an employment contract or a collective bargaining agreement, if inconsistent or in conflict with provisions of federal law, or to a position of employment funded by a federal grant. While this list of prohibitions will mean that some applicants may be disqualified for employment due to cannabis use, SB 5517 would open employment opportunities for individuals who use cannabis.

This proposed bill would create a commission to oversee the research and education of the Washington cannabis industry. The Washington Cannabis Commission would:

Stay tuned to the Green Light Law Blog for updates on the legislative process in Washington State. We will continue to track these bills, along with any other that pick up steam over the next two months.