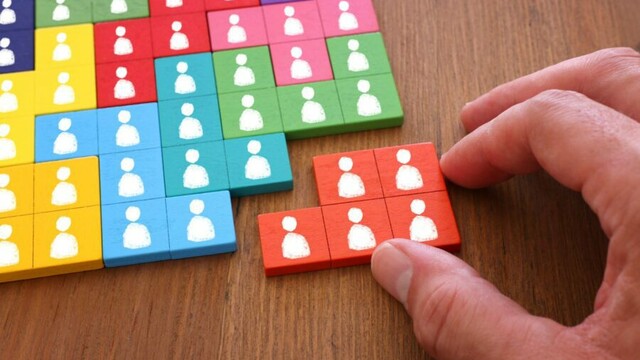 With everything that has happened in 2020, you may have missed the ongoing battle over worker classification. At issue is how employers pay workers who provide services to that employer. Recently, I wrote about how a new proposed rule from the U.S. Department of Labor (DOL), was likely to result in more workers in the gig economy being classified as independent contractors instead of employees. Today, I’ll focus on new legislation in California that trends in the opposite direction.

California is often at the forefront of employment law trends. This was true during the “Me Too” movement and is likely to be true again in the wage and hour space. The state is worth watching to see what trends are emerging in the worker classification space, even if California is trending away from the policies at the federal level. As such, let’s take a look at some recent developments.

In 2018, through the California Supreme Court, California adopted what is known as the “ABC Test” because it is a (relatively) simple three-prong test of whether a worker is an employee or an independent contractor. In 2019, the California legislature codified the ABC Test into law, which was effective January 1, 2020. Known as “AB 5” the law requires that all workers are employees, unless the employer can prove that ALL of the following are true:

This is a very strict test and most workers are considered employees, not independent contractors under the ABC Test. Generally speaking, states are free to adopt their own laws that are more protective to workers than federal laws. Because the ABC Test is more protective of workers, courts applying California law are likely to use the ABC Test over the less-strict federal test presented by the DOL. Which is why, if other states begin to replicate California, the reach of the federal law may be somewhat limited.

Various exemptions were included in AB 5 to carve out freelancers, artists, doctors, lawyers, and other professionals, but no carve-outs were included for gig economy workers. That led companies such as Uber and Lyft to lobby to change the law through a voter initiative.

On election day, California voters approved Proposition 22, which provides an exemption to AB 5 for app-based drivers, so that the drivers will be classified properly under state law as independent contractors providing that certain conditions are met. Most of our readers are not likely to be in the business of developing apps for drivers, so the specific exemption is relatively uninteresting. What is interesting, however, is the compromise position that the proposition struck between the freedom to contract and the obligations that employers must practice towards their workers.

In the usual case, an employer does not have to offer benefits to its independent contractors. The contractor is paid, usually in cash, either by-the-hour or based on some sort of performance metric and that is the end of the compensation. Employers, by contrast must provide employees with some benefits, such as overtime, sick days, health insurance (depending on the size of the business) and are bound by anti-discrimination and anti-harassment laws with their employees.

Proposition 22 provides both that the workers should be independent contractors AND that the companies hiring those workers have certain responsibilities to pay a minimum amount of compensation and allow for periods of rest, provide subsidies for health care (based on number of hours worked), and provide certain types of accident insurance coverage, as well as provide some anti-discrimination and anti-harassment protections.

It appears that California voters are attempting to strike a balance between allowing businesses to classify relatively independent workers as independent contractors, while still requiring some level of protection to those workers. This is a model that could, if it works, be replicated across industries other than app-based industries, particularly if the employment model tends to require a level of independence on the part of the workers. With regards to the cannabis industry, this is especially relevant to marijuana delivery services.

There are significant downsides to each side here, however, that may require some tempering of any optimism about the efficacy of this compromise. Workers are not provided the same level of stability or safety net that employees are, so there is still a level of uncertainty with going to work as an independent contractor for one of these companies. On the other hand, the employers have also had their administrative costs raised, and there may be some impetus now to require employers in other industries to provide more stability and benefits to certain types of independent contractors.