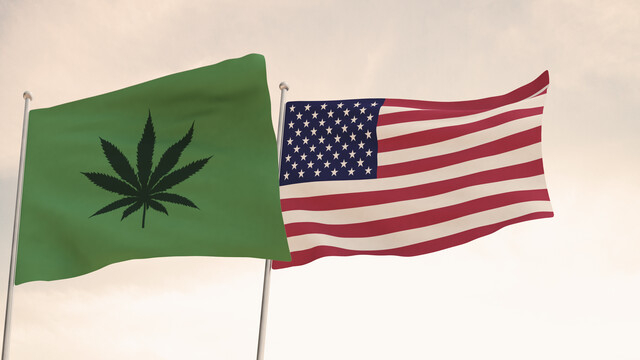 A few weeks ago, Senate Majority Leader Chuck Schumer (D-NY), Senate Finance Committee Chairman Ron Wyden (D-OR) and Sen. Cory Booker (D-NJ), introduced the Cannabis Administration and Opportunity Act (CAOA). The nearly 300 page bill is comprehensive and is unlikely to pass before the midterm election (if at all, thanks to the filibuster). However, it does provide a real glimpse as to what we can potentially expect when federal cannabis legalization actually happens. Today, I will cover a few interesting portions of the CAOA.

The CAOA would remove marijuana from the Controlled Substances Act (CSA). Individuals over 21 could legally use marijuana in states that have legalized. States could continue to prohibit marijuana within their borders but could not prohibit the interstate shipment of marijuana. The unauthorized growing, manufacturing, shipping, transporting, receiving, possessing, selling, distributing, or purchasing of ten pounds or more of marijuana would remain illegal.

The CAOA would also amend the 2018 Farm Bill by defining hemp as cannabis with less than 0.7% THC on a dry weight basis. That would more than double the current THC threshold of 0.3% for hemp.

If the CAOA passes, it would task several federal agencies would take part in regulating marijuana at a federal level. The Food and Drug Administration (FDA), the Bureau of Alcohol, Tobacco, Firearms and Explosives (ATF) and the Alcohol and Tobacco Tax and Trade Bureau (TTB) would each be involved. The FDA would regulate the manufacture, distribution, and labeling of “cannabis products,” as well as register cannabis product manufacturers. The FDA would also could initiate a recall of cannabis products. TTB, which would be renamed to include “cannabis”, would enter into a Memorandum of Understanding with the FDA to work on interagency regulation of cannabis. The CAOA would ban flavored electronic cannabis product delivery systems (e.g., vape pens).

The CAOA would grant wider access to banking by prohibiting banks from denying customers due to a “prior conviction for a nonviolent cannabis offense.” In addition, those convicted of low-level marijuana offenses could have their convictions expunged and those currently serving time for marijuana offenses could petition the courts for relief. The proposed bill would also provide funding to the Community Development Financial Institutions Funds “to provide grants to expand lending and investment in low-or moderate-income areas, including those most affected by the war on drugs.” The bill would also establish an Equitable Licensing Grant Program to provide states, localities or tribes the ability to encourage minority and low-income people to enter the cannabis industry. Through the Small Business Administration, CAOA would establish a lending program intended to help startups and small businesses owned by those impacted by the war on drugs.

Is the CAOA a perfect model for legalization? Probably not, as I am not sure there is a way to legalize cannabis that will please everyone. However, it is comprehensive and would completely change the cannabis industry. We’ll continue to cover national cannabis law and policy on the Green Light Law Blog. If you are looking for more on the CAOA, check out Kyle Jaeger's comprehensive summary on Marijuana Moment.