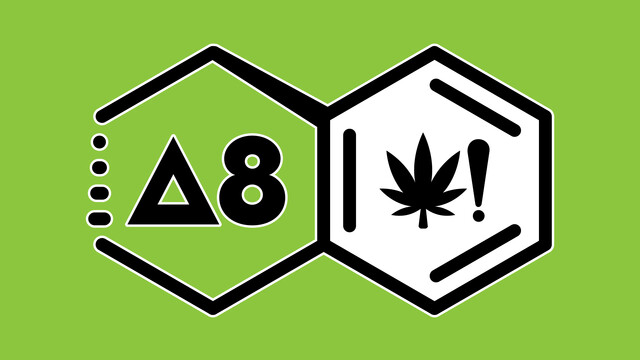 On May 4, 2022, the Food and Drug Administration (FDA) sent out warning letters to five companies distributing Delta-8 THC (FDA Warning Letters). This is the first time that the FDA specifically addressed products containing hemp-derived Delta-8. In all but one of the letters, the FDA also warned about distributing products containing cannabidiol (CBD). Both Delta-8 and CBD can be derived from hemp. Hemp is a federally legal form of cannabis which has created a huge, quasi legal, market for these products. Up until this point, the FDA’s focus, when it comes to cannabis, has been on CBD. Now it appears that the FDA is also targeting Delta-8.

Each of the five FDA Warning Letters alleged the following violations:

The FDA has not approved any drug containing Delta-8. The FDA Warning letters indicate that the five recipients are distributing unapproved drugs containing Delta-8. The FDA regulates a wide variety of products and has a system to classify those products under the Food, Drug and Cosmetics Act (FDCA). To determine whether a product is a drug, the FDA looks to how the product is marketed to establish its intended use. If medical, health or wellness claims are made about a product, regardless of what the product contains, then the product becomes a drug in the eyes of the FDA.

Here are some of the drug claims referenced in the FDA Warning Letters:

These examples were selected to illustrate that the FDA will look beyond a product’s labeling and packaging to determine whether or not it is a drug. The FDA reviews social media and websites to make its determination. In addition, claims do not need be explicit for the FDA to determine something is a drug. An outright claim that Delta-8 can cure or treat a disease constitutes a drug claim but even citing to a study on Delta-8 will put a target on your back.

Getting a new drug approved by the FDA is incredibly expensive and therefore cost-prohibitive for most businesses. The FDA sets rigorous testing standards to establish a drug’s safety. There does not appear to be a clear path forward for the FDA to approve Delta-8 as a drug.

Both drugs and food are subject to the FDA’s premarket approval, but the standards are not the same. the FDA does require that food additives for use in any human or animal foods are generally regarded as safe (GRAS). The FDA has not concluded that Delta-8 is GRAS, meaning that it cannot be added to food. Unlike the allegations that Delta-8 products are unapproved and misbranded drugs, the FDA’s conclusion that the presence of Delta-8 adulterates food is based on the product’s ingredients not how it is marketed.

Comparing CBD and Delta-8 in the FDA Warning Letters

In the FDA Warning Letters, the FDA alleges that four of the five recipients (one only distributing Delta-8 products) of distributing unapproved drugs, misbranded drugs, and adulterated food containing CBD. Like Delta-8 a product containing CBD will be considered a drug based on how its marketed and if the product is food, the FDA will consider it adulterated because CBD is not GRAS (that is, “Generally Regarded as Safe” for human consumption).

The fact that the Drug Exclusion Rule does not apply to Delta-8 (or other cannabinoids that have not been investigated as drugs) means that it is possible that Delta-8 could be considered a new dietary ingredient (NDI) that could potentially be added to dietary supplements. Unlike food and drugs, dietary supplements do not require pre-market approval. Distributors of dietary supplements can make limited health and wellness claims (e.g., calcium is good for bone development). However, manufacturers of dietary supplements containing Delta-8 would need notify the FDA of the NDI including information that serves as the basis for the conclusion for any claims made about the product.

Delta-8 and CBD also differ in how they interact with the human body and where they come from. CBD is a non-impairing cannabinoid found in the cannabis plant, and often present in hemp due to selective breeding. Delta-8 THC does have intoxicating effects but is not as strong as Delta-9 THC, which is the compound that gets cannabis users high. Delta-8 is found only in trace amounts in the cannabis plant and is commonly developed by converting CBD to Delta-8 THC in a lab.

The fact that Delta-8 THC is intoxicating and is not naturally occurring could cause the FDA to take a stricter approach with Delta-8 compared to its treatment of CBD. Over the last eight years, the FDA has continually sent warning letters out to companies distributing CBD products. The Federal Trade Commission (FTC) also fined several CBD distributors over claims made about COVID-19. But aside from a few warning letters and fines, CBD distributors have operated with little risk of FDA enforcement that goes beyond warnings. I believe that FDA has taken its “hands off” position in part because CBD is relatively safe and non-intoxicating. I expect that the FDA will have less tolerance for Delta-8 because it is intoxicating and generally does not naturally occur in the cannabis plant. If the FDA does take a stand against Delta-8 CBD, it could seize and destroy products, bring civil suits against manufacturers, and potentially even bring criminal charges against Delta-8 manufacturers.

If you are in the Delta-8 business, you are now on notice that the FDA has its targets on Delta-8. Now is the time to review marketing material very carefully. We will continue to monitor the FDA’s position on all forms of cannabis on the Green Light Law Blog.