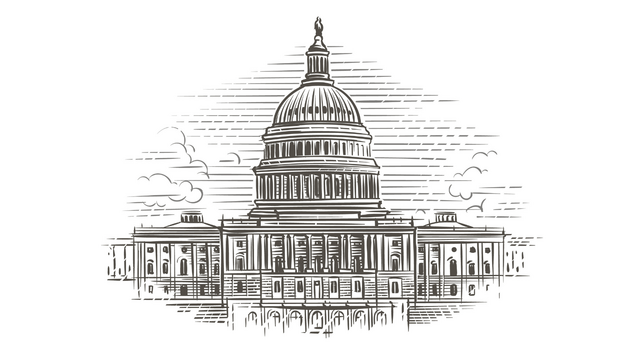 On Friday, the U.S. House of Representatives approved the Marijuana Opportunity, Reinvestment, and Expungement (MORE) Act to federally legalize marijuana, along with two amendments. This isn’t the first time the House has initiated the process of federal legalization; a nearly identical version of this Act passed the House in 2019, but as the country is well aware, the bill stalled in the Senate. Despite Democrats’ technical majority in the Senate with Vice President Kamala Harris as tie-breaker, this bill likely won’t pass the Senate due to certain unreliable Democratic Senators and the host of geopolitical and economic events currently dominating the congressional agenda.

What would the bill do if passed in the Senate?

The MORE Act would deschedule marijuana by removing it from the list of Schedule I federally banned drugs under the Controlled Substances Act (CSA). States would not be required to legalize and would retain some degree of regulatory discretion over cannabis in their jurisdictions.

Cannabis products would be subject to a federal excise tax of 5% for the first two years after enactment, rising to 8% by the 5th year of implementation. The bill would also prevent individuals from being denied federal public benefits solely on marijuana use or possession or for past juvenile convictions for cannabis offenses.

Marijuana producers and importers would need to obtain a federal permit and would be subject to a $1,000 annual federal tax for each premises operated. Additionally, the bill would impose certain packaging and labeling requirements for marijuana products to be consumed and sold.

The House approved two amendments to the bill. The first would provide for $10 million for the National Highway Traffic Safety Administration to conduct research on technology and methods for law enforcement to determine whether a driver is impaired by marijuana. The other amendment approved would require the National Institute for Occupational Safety and Health to study the impact of recreational cannabis legalization on the workplace, develop employer best practices for transitioning cannabis policies, and prioritize practices for employers engaged in federal infrastructure projects, transportation, public safety, and national security.

Where would marijuana revenue go?

Following a Rules Committee vote on the bill on Wednesday this week, the Congressional Budget Office (CBO) released a report finding that enacting the MORE Act would add billions in revenue and reduce prison costs substantially over the next decade.

Revenue from cannabis sales would be placed in an “Opportunity Trust Fund,” with half of those dollars going to a “Community Reinvestment Grant Program,” which would fund eligible non-profit organizations that provide services, such as job training, reentry services, and legal aid, for individuals impacted by the War on Drugs. The program would also support funding for substance disorder treatment for any drug, not just cannabis, for people from impacted communities.

Of that 50%, 10% would go toward supporting these substance treatment programs, and 40% would go to the federal Small Business Administration (SBA) to support the bill’s implementation and a newly created equitable licensing grant program. The equitable licensing program would provide licensing grants to states and localities that move to expunge records of individuals with prior marijuana convictions or that have taken steps to eliminate violations or penalties for people under state criminal supervision for cannabis related offenses.

How does the bill address equity concerns?

The bill proposes a Cannabis Restorative Opportunity Program, which would provide funding for loans to assist small businesses owned and controlled by individuals adversely impacted by the War on Drugs in eligible states and localities.

Additionally, the comptroller general, in consultation with the U.S. Department of Health and Human Services, would be required to study demographics of individuals who have faced federal marijuana convictions, tracking information such as age, race, ethnicity, sex, and gender identity.

The Senate has its own marijuana legalization bill, the Cannabis Administration & Opportunity Act (CAOA), currently being finalized by Majority Leader Chuck Schumer (D-NY) and his colleagues. In a press conference in February, Senator Schumer stated that he plans to file that bill this month. As noted in our blog post on the topic, passing this bill requires surpassing the 60-vote threshold imposed by the Senate filibuster rule, meaning Senator Schumer must gain support of all Senate Democrats plus ten Senate Republicans, which is unlikely to happen.

Additionally, Representative Nancy Mace (R-SC) is sponsoring legislation, called the States Reform Act, that would tax and regulate marijuana. Rep. Mace has stated that she received assurances from Democratic voters that her bill will receive a hearing following the MORE Act floor vote.

Watch this space for more updates on all things cannabis, CBD, hemp, and psilocybin.